The 2012 Nobel Prize in Physics has been awarded to Serge Haroche of Collège de France and Ecole Normale Supérieure in Paris,

France, and David J. Wineland of the National Institute of Standards and Technology (NIST) and University of Colorado Boulder, Colo., USA «for groundbreaking experimental methods that enable measuring and manipulation of individual quantum systems.»

In the quantum world, the general understanding is that to measure a single quantum particle will destroy that particle Haroche’s method required trapping photons—individual particles of light—and measuring their quantum properties by sending atoms through the trap.

Wineland approached the problem from the other direction,

trapping electrically charged atoms and measuring their properties with light particles. The results of their work have led to highly precise atomic clocks and provides a foundation that may one day make quantum computing a reality.. These two researchers took different approaches to solve this unique quantum problem, and their efforts have resulted in direct observation of single quantum particles without destroying them. 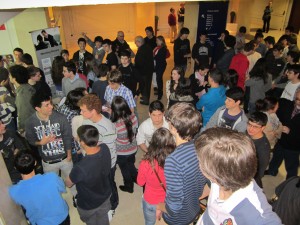 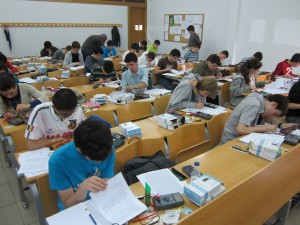 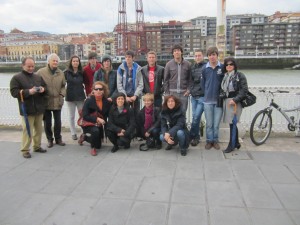 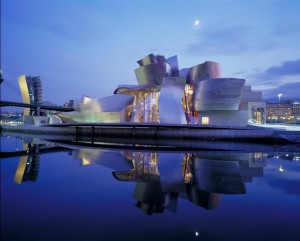 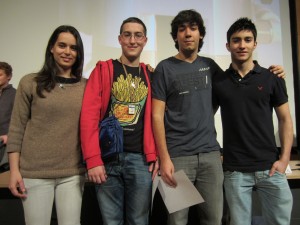 Smoke is in the air: how fireworks affect air quality

RSEFAS would like to acknowledge Science in School (scienceinschool.org) for this nice article.

After the annual Guy Fawkes Night in the UK, highly elevated levels of particles (smoke or soot) produced by the fireworks’ combustion, as well as high levels of metal ions such as magnesium that originate from the fireworks themselves, have been found. Firework displays have also been linked to elevated levels of other molecules such as nitrogen dioxide (NO2) and sulphur dioxide (SO2). Such observations were made during and after a Diwali festival in Hisar City, India, in November 1999; in Mainz, Germany, during New Year celebrations in 2004/2005; during the Lantern Festival in Beijing, China, in 2006; and in Milan, Italy, the night after Italy won the football World Cup in 2006 (Drewnick et al., 2006;Ravindra et al. 2003; Vecchi et al., 2008; Wang et al., 2007).

Together with your students, you too can analyse the effect of fireworks on air quality. We worked with UK secondary-school students to investigate the impact of Guy Fawkes Night on air quality (see acknowledgements). The project was an introduction to using air-quality databases – which contain measurements of a wide range of pollutants, a treasure trove of data for use in schools – but also a chance to carry out some real research at school.

For Malta, there is the database of the Malta Environment and Planning Authorityw3 that contains data on CO, NO, NO2 and O3.

If you want to analyse data from another European country, you will find AirBasew4, the air-quality database maintained by the European Environment Agency, a useful resource as it contains measurements for most European countries. Note, however, that the files are large so can take some time to download, and are also less simple to understand than the UK and Maltese data sets.

As an example (Figure 1), we show PM2.5 and PM10 levels from the centre of Reading, a university town in the south of the UK. Although Guy Fawkes Night is actually on 5 November, it is frequently celebrated on the nearest weekend. These data from 5-9 November 2009 show that particle levels peaked on the evening of 7 November (a Saturday). Comparing those data to the all-year average for 2009, we found that the levels on that Saturday were elevated by a factor of up to seven (see Figure 1).

Because PM2.5 measures all particles with a diameter of 2.5 μm or less and the PM10 and PM2.5 levels are virtually the same, most particles produced were small – and particularly bad for the respiratory system. It is very difficult to set safe levels for particle exposure, but at present the limit for PM10 in Europe is an annual concentration of 40 μg/m3, and a daily concentration of 50 μg/m3, which must not be exceeded more than 35 times per calendar year (therefore called the exceedance). The average from the night of 7 November was 34.7 μg/m3, which is less than the exceedance, but much higher than the 2009 average (mean). At other sites in the UK, we found the PM10 level to be exceeded on that day.

w1 – Supporting information on the chemistry of fireworks can be downloaded here in Word or PDF format.

w2 – The UK-AIR website hosts an extensive data archive, as well as plenty of information about air pollution. See: http://uk-air.defra.gov.uk

If you enjoyed this article, why not browse the full list of articles on chemistry topics published in Science in School? See: www.scienceinschool.org/chemistry

All that glitters is certainly not gold. The popular practice of letting off spectacular fireworks, following a football victory or as a full-blown festival spread over several nights, may in fact be contributing to air pollution. This article provides references and ideas for teachers to approach the topic of air pollution by using specific occasions when high levels of gaseous and particulate pollutants are expelled into the air during firework displays. Science students have the opportunity for real-life scientific investigations; rather than confining their experiments to the school laboratory, they are immersed in the scientific community, working to make our environment a better place to live in.

The article could be used in several science subjects: for example, in chemistry (properties and reactions of metallic compounds; burning; stability of compounds; oxidising agents), physics (propulsion; light and sound), or biology or health lessons (the effects of pollution on respiratory diseases, especially asthma). It could also be used interdisciplinarily to consider global warming.

If the school can borrow the necessary equipment – for example, from a university – the school students could even take their own measurements of air quality, which would expose them to the technical analysis of the air, data logging and handling, data comparison and error analysis. They could then perhaps present their findings to the local authority, experiencing for themselves how reliable results of scientific investigations can be used to put pressure on policy makers and potentially bring about improvements. 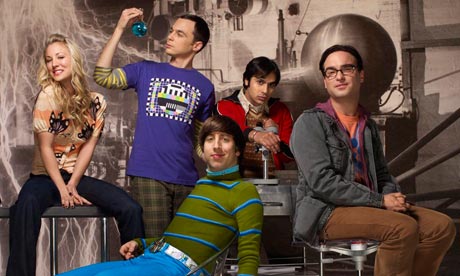